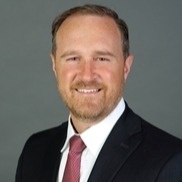 Scott joined Baird in 2019 as a Vice President. When it comes to the Financial Service Industry, Scott realizes and enjoys that he has to continuously problem solve in order to be successful in a marketplace that is constantly changing and evolving. He is qualified to thoroughly prepare for and execute client meetings that focus on the client's financial needs, goals and tolerance for risk. He believes in being accessible to his clients and knows that having their trust, as well as always doing what is in their best interest is the most important aspect of his client relationships.

After growing up in Algonquin, IL, Scott attended the United States Military Academy in West Point, NY where he earned four varsity letters in baseball and graduated with a Bachelor of Science in Engineering Management. He went on to serve in the United States Army where he was promoted to the rank of Captain. Scott earned numerous medals and badges including the Combat Action Badge and Bronze Star Medal while deployed to Iraq and Afghanistan. While in the Army and not on deployment, Scott was stationed in Alaska as a member of an Airborne Brigade Combat Team.

Scott and his wife Lindsey have three children: Jackson, McKinley and Reagan. Along with spending time with his family, he also enjoys golf, basketball, snow skiing, water skiing, and wake surfing.